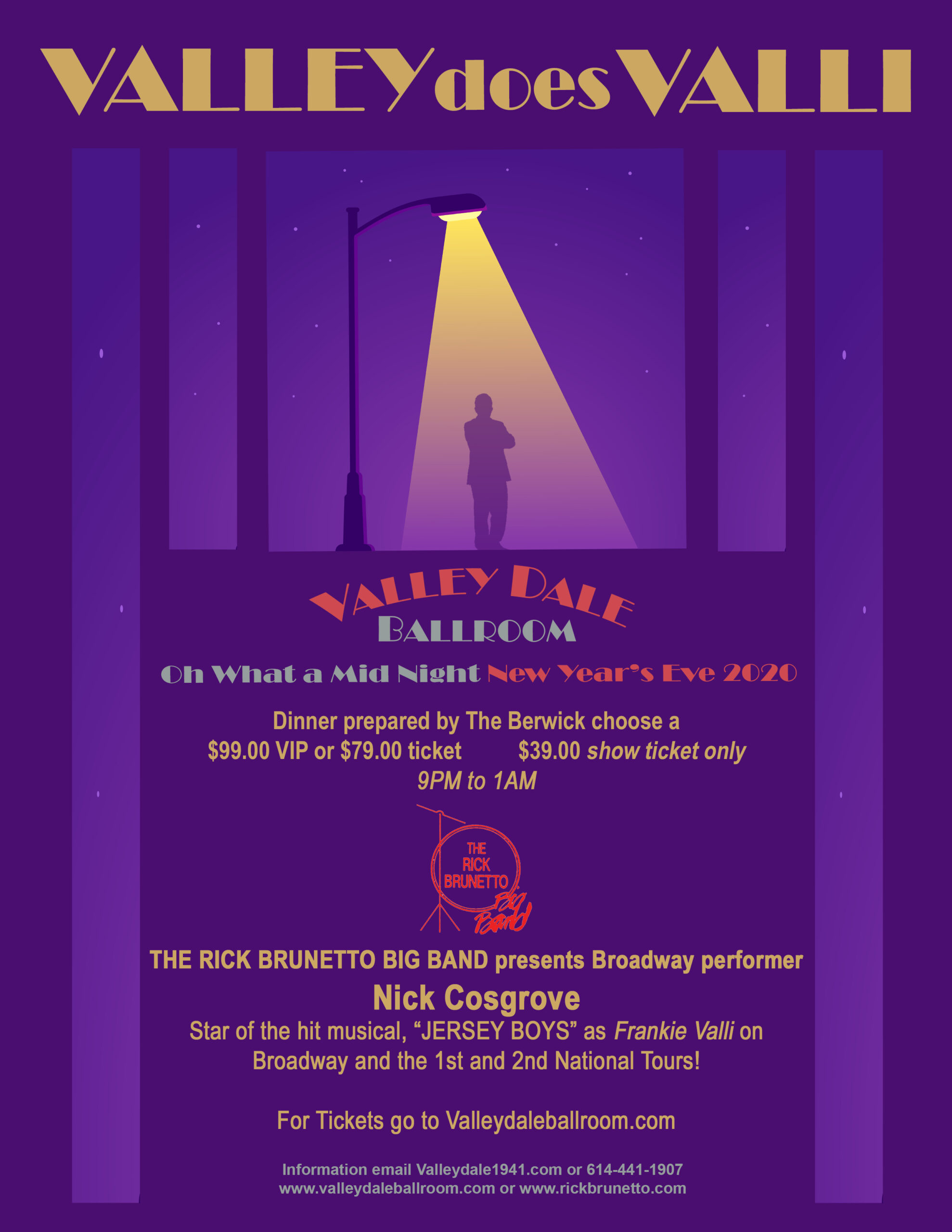 Ring in 2021 with the music of the legendary Frankie Valli and the Four Seasons. Direct from Broadway, Nick Cosgrove who starred as Frankie Valli in the hit show “Jersey Boys” will join the Rick Brunetto Big Band in a tribute to Frankie Valli with all the hit songs. The New Year’s Eve Celebration with Nick Cosgrove and the Rick Brunetto Big Band will take place at the Valley Dale Ballroom, December 31st, 2020.
Your New Year’s Eve will be complete with a delicious dinner served by Berwick Party House.

Your Show for New Year’s Eve 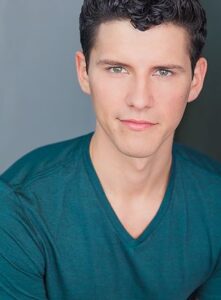 Broadway actor Nick Cosgrove portrayed Frankie Valli in Jersey Boys on Broadway and in the 1st and 2nd National Touring companies from December 2011 to July 2014, performing 500+ performances in 35 different cities.
Accompanied by the 17 piece Rick Brunetto Big Band, Nick will create all those great classic hits you have enjoyed for years.

Mark your calendar,  and get your tickets now as this will be hottest New Year’s Eve ticket in town.